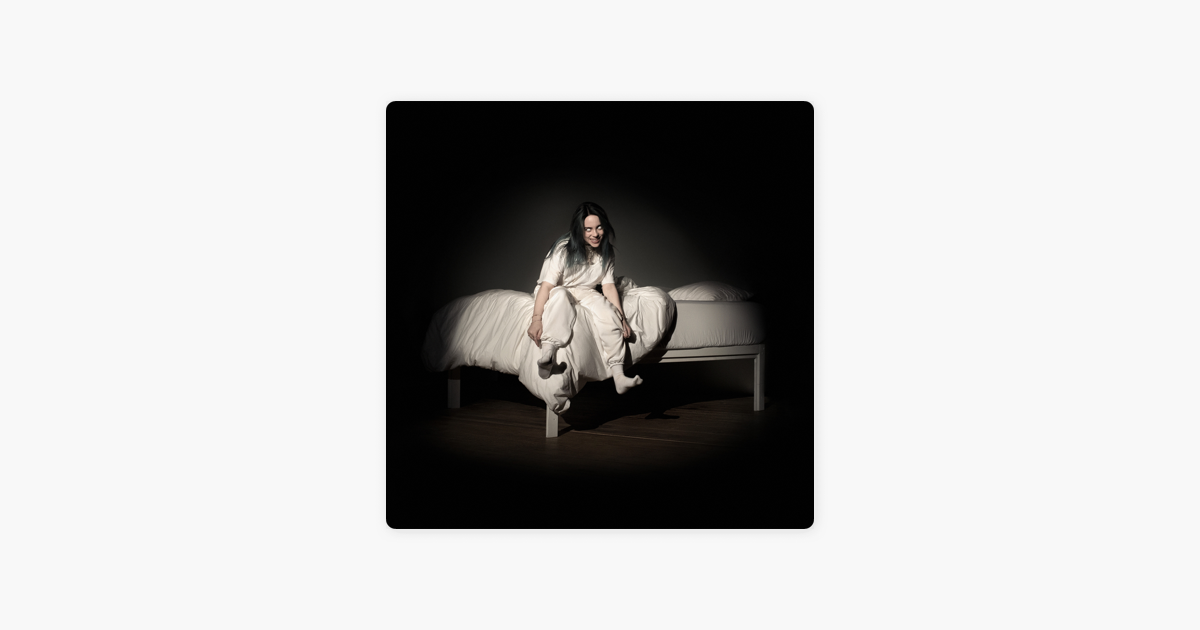 From the beginning of the ghostly all-pop smash "Ocean Eyes" in 2016, Billie Eilish made it clear that she was a new kind of pop star – an obviously troublesome introvert that favors chilling melodies, mood swings, scary videos and a bothering crudeness of la Tyler, the Creator. Now 17, the native Los Angeles who was homeschooled with his brother and co-author, Finneas O & # 39; Connell, presents their much-anticipated debut album, a melancholy investigation of all the dark and mysterious rooms that draw on the back of our minds. Sinister's dance stroke unfolds in chattering dialogue from The Office on "my weird addition" and whispering vocals are laid over consciously widespread bass on "xanny." "There are many first-time", says Finneas. "Not first as" Here's the first song we made with this kind of beat, "but first and foremost as Billie said," I'm in love for the first time. "You have a million chances to make an album you are proud of, but to write the song of being in love for the first time? You only get one shot at it."

Billie, who is both besieged and intrigued by night fears and sleep paralysis, has a complicated relationship with her subconscious. "I'm the monster under the bed, I'm my own worst enemy," she told Beats 1

host Zane Lowe during an interview in Paris. "It's not that the whole album is a bad dream, it's just … surreal." With a sincere cool mix of teenage anxiety and experimentalism, Billie Eilish is truly the perfect star in 2019 – and here is where she and Finnea's heads are as they prepare for the next phase of her pop domination plan. "This is my child," she says, "and you're going to keep it while it's throwing up on you."

Find out their dreams:
Billie: "Every song on the album is something that happens when you sleep, sleep paralysis, night fears, nightmares, clear dreams. All things that do not have an explanation. Absolutely no one knows, I've always had very bad nightdresses and sleep paralysis, and all my dreams are clear, so I can control them, I know I'm dreaming when I dream, sometimes from my dream the next day, and that's so strange. The album doesn't say I say, "I dreamed it," that's the feeling. "

Get out of their own head:
Billie: " There's a lot to lie with purpose. It's not like how rappers are in their music because they think it sounds dope. It's more like making a character out of yourself. I wrote the song from the perspective of someone I hurt. When people hear that song, they're like: "Oh, bad baby Billie, she's so hurt." But really, I was just a dickh The ead in an instant, and the only way I could handle was to stop and put me on that person. "

Being a youth nhilistic role model:
Billie: " I love meeting these kids, they just don't give off ** k. And they say they don't give a f ** k because of me which is a feeling I can't even describe. But it is not as if they do not give a fokk about people or love or to care for yourself. It's that you don't have to fit into something, because we all die, in the end. No one will remember you one day – it can be hundreds of years or it can be one year, it doesn't matter – but all you do and everything that someone does for you doesn't matter in one day. So that's how f ** k is trying to be something you're not? "

Frozen sadness:
Billie: " Depression has kind of controlled everything in my life. Throughout my life I have always been a melancholy person. That's my standard. "

Finneas: " There are moments of great joy, and Billie and I share many of them, but when the engine is off, it is as if we are rolling downhill. But I am so proud that we have not separated from songs about self-confidence, insecurity and frustration. Because we feel that way, for sure. When you have empathized with people, I think you have achieved something in music. "

Stay now:
Billie: " I just have to sit back and look at what is happening. Our show in Stockholm was one of the most exciting life experiences we have had. I stood on the stage watching the crowd – they just screamed and they didn't stop – and told them, "I used to sit in my living room and cry because I wanted to do this." I never thought in a thousand years this would happen. We've really choked on every show. "

Finneas: " Every show feels like the last show. They feel like a farewell tour. And, oddly, it's kind of, because, although it's the album's birth, it's the end of the episode. "

The Last of the Mohicans (Director’s Definitive Cut) on iTunes