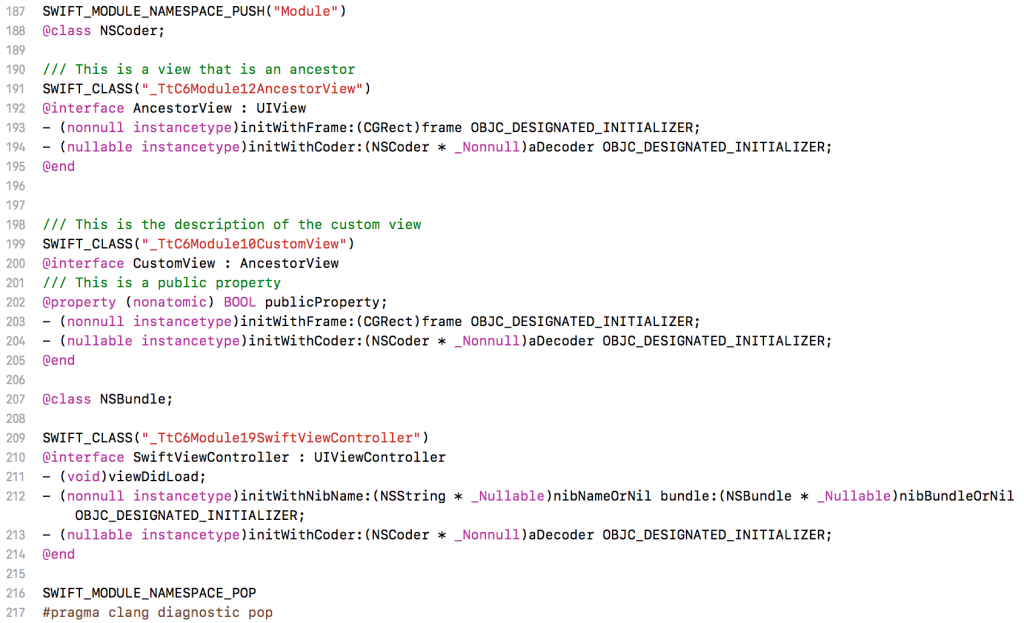 Usually, you only need "Allow app extension API only" for expansion targets to be warned if you access APIs that are not available for extensions. I had made it possible for a framework to make sure I did not call the banned API.

I found this issue at the same time as this other issue because my client complained about both issues: Do not see any documentation through Quick Help also as the generated headline unnecessarily contains internal classes. This problem was already present in Xcode 8, as evidenced by someone asking for it at Stack Overflow.

Filed as rdar: // 34790796 and on Open Radar. The mentioned sample is on my Radar Samples GitHub repo, titled InterfaceTest.

For Swift-based frames / modules, Xcode generates a Objective-C header named Module-Swift.h . Usually this includes only public classes. But if you turn on "Allow only app extension API API," then internal classes are included.