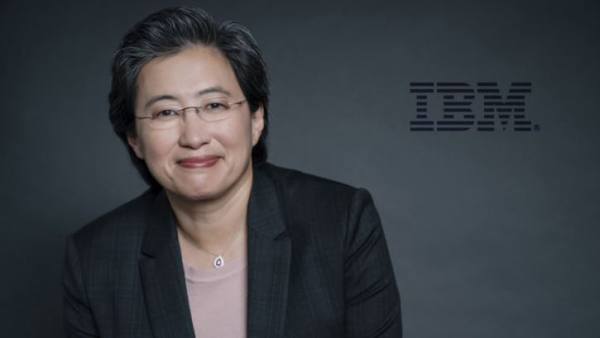 AMD finally supplies 7nm PC processors to take on Intel and promote their GPUs to take on NVIDIA. AMD has certainly saved the boat in the PC world this year, and just as things really looked up for the company, a new report today states that AMD's CEO may be moving to IBM.

According to PC news site Wccftech, "Lisa Su will go down in history as one of the most successful tech executives, after turning AMD's CPU side and making the PC market competitive once again. But while many of we like to think of her as a pillar of AMD, she has her own ambitions, and there is a lot of chatter in the top sections of the company that she plans to move on from AMD.

According to their sources, Lisa Su looks at IBM's # 2 position with the ultimate goal of ending up as CEO and president of IBM, replacing Ginni Rometty, the advanced foundation of this transition apparently already laid down, as you will read in this article Although I do not know the exact reasons why Lisa chose IBM of all companies to move to, I am told that this is something she has wanted for a very long time. "

Rumor goes on to say that Rick Bergman, former CEO CEO of Synaptics who recently led AMD is the likely candidate to assume the role of CEO when Lisa Su announces her official move to IBM. For more on this, read the full Wccftech report.

In the future, will we hear Lisa Su knock on the table and claim that she will do PowerPC again? Probably not, but the move would certainly shake things up at IBM and beyond.

About commenting on our site: Patent reserves the right to post, reject or edit comments, anyone using abusive language or negative behavior will cause it to be blacklisted on Disqus.