Samsung DeX is now running as a Windows and macOS app 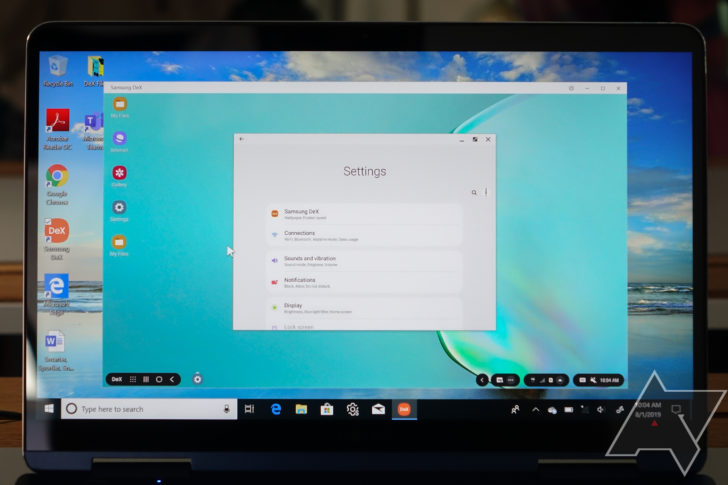 Samsung DeX is a great way to turn your phone or tablet into an actual computer. Initially, the system required you to connect your device to a dock, but has since evolved to waive this requirement and work directly when connecting to a display with a simple USB-C to HDMI cable. With Note10, DeX now supports a new mode that lives on your operating system, allowing the phone and computer functions to exist on the same screen.

The new feature comes on top of DeX's independent mode and works with both Windows and macOS. The interface remains the same as with previous DeX versions, but now runs as a program on your computer, allowing you to interact with your phone's software, answer calls and send messages next to your computer's apps. You will also be able to drag and drop files from the DeX window to your computer, making it easier to share large documents from one to the other. DeX is different from the Link to Windows feature that comes with Note1

0, as the latter lets you interact with notifications and messages from your PC without mirroring the handset's apps on your computer. Unlike the latter, DeX still requires a USB-C connection between your phone and computer, but we hope Samsung can work with a wireless mode for the future.

DeX will require you to download a separate app on your computer if you want to run it in the traditional operating system. Unfortunately, the feature will not work with the Galaxy S10, but I hope Samsung will update its previous devices to enable this functionality, as they have similar specifications as the Note10 and should be perfectly capable of supporting it.