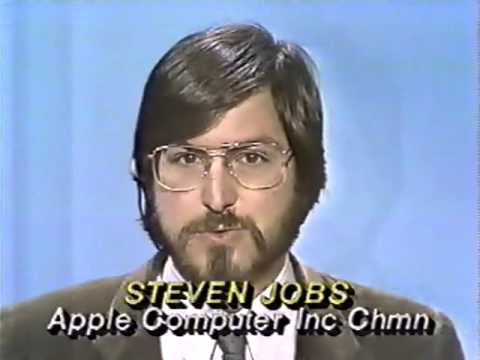 Jonny Evans for Apple Must:

The Steve Jobs section of the segment begins at 4:21. Notice, especially the privacy section, which starts at 8:08.

And by the way, unfortunately, you'd be hard-pressed to get anything even remotely resembling insightful discussion like this one on American broadcast television today.

"I think the best protection [against government amassing personal data] is a very literary audience and in this case computer literate … I think the feeling of computer literacy among the population is the thing that at least gives me the most comfort for the centralized intelligence will have the least impact on our lives without us knowing it. "- Steve Jobs

Ted Koppel:" I borrow the whole phrase from the NRA, "guns don't kill people; people kill people." Computers don't do it to people. "People who use computers do it. Isn't a computer itself a neutral tool that can be used for good or for bad?"

David Burnham: "That's it. And men use guns to kill people, and men use The question is, is our society awake enough to understand the power of the computer and to turn it against the good things, or are there people and occasions where we want to use this tool for a bad purpose … I wonder if the individual citizen alone is any match, say, for the US Army when it began surveillance programs for hundreds of thousands of people legally opposed a few years ago and expressed its opposition to the war in Vietnam? I wonder if the individual citizen can control the army. ”

983 book The Rise of the Computer State .

You can communicate with Jobs who, in 1981, tried to launch personal computer revolution and make computers seem as easy to use and as non-threatening to consumers as possible. Of course, he later said this about privacy:

Privacy means people know what they are signing up for, in plain English and repeatedly. I'm an optimist; I think people are smart and some people want to share more data than others do. Ask them. Ask them every time. Have them ask you to stop asking them if they are tired of asking them. Let them know exactly what to do with their data. – Steve Jobs, June 2010