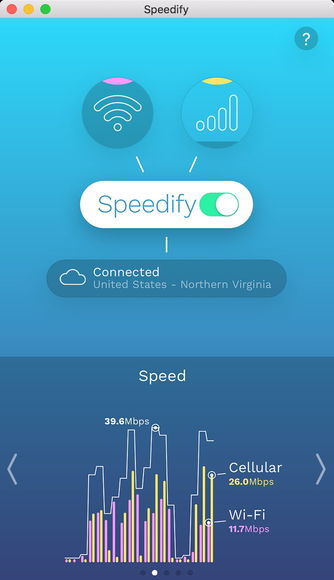 Speedify lets you speed up everything you do online using all your Internet connections at the same time while adding a layer of security through VPN encryption. Combine Wi-Fi, Ethernet, cable and DSL, 3G and 4G phones, smartphones, and all the other connections you can get your hands on in a fast, super fast connection!

The quoted price is the unlimited annual plan (unlimited data, pay now for one year). All plans and pricing information can be found here.