Ten years ago Apple said goodbye to Macworld, but set the stage for the future – MacStories 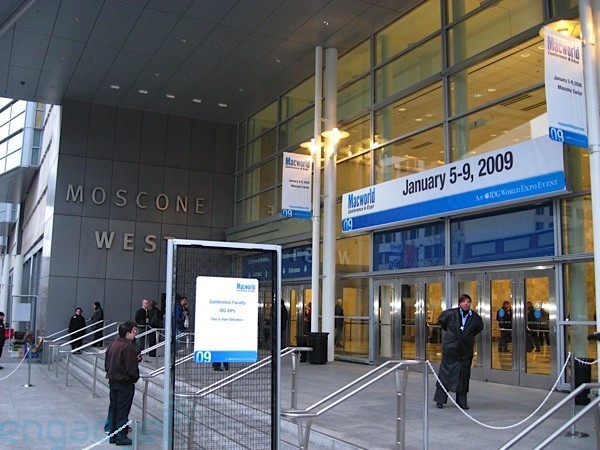 In January 2009, Apple took the stage at Macworld Expo one last time. The company announced the change a few weeks before the performance. Phil Schiller wanted to deliver the keynote. The news about Steve Jobs' medical leave would break just weeks later, one day before the keynote.

All of this played a strange mood over the event, and while it was far from Apple's most exciting keynote, it is worth revising Phil Schiller's three announcements now, ten years later.

Having given the brief update on the Apple retail and business on a whole, the news of the keynote began with updates to both iLife and iWork suites, which at that time became still sold on DVD for $ 79 each.

On the iLife front, iPhoto was updated with support for Faces and Places. The formerly used face recognition to group images based on the people in them, and (just like today) users can manually add more images or make adjustments. If you signed in to your Facebook account with iPhoto, the application will sync face data with your site.

This coincided with Places, which grouped images via position data, either taken by the camera or entered manually.

These Two features are still present today in Photos and have become powerful tools for organizing our ever-expanding libraries.

iMovie & # 39; 08 had been a tough reboot for the application and not everyone was happy with it. For 2009, Apple worked to restore features from the previous version. This included a more powerful timeline called "Precision Editor", which made it easier to make specific cuts and changes, with better support for dragging and dropping video in the timeline. Video stabilization was also available, as well as a wide range of new themes and transitions.

GarageBand 09 introduced "Learn to Play", a feature based on instrument lessons. Users can learn the basics of guitar and piano. "Artist Lessons" have popular artists who learn how to play their hit songs. Ben Folds, Norah Jones, Sarah McLachlan, Sting and more attended. These lessons were $ 4.99 each, while the basic lessons were free.

iDVD and iWeb remained products in the iLife series, but did not achieve any custom beyond a passing review. They appeared at the bottom of the press release.

Keynote & # 39; 09 included support for "Keynote Remote," an iPhone app to control a presentation running on a Mac, over Wi-Fi.

Pages & # 39; 09 added a full-screen mode that turns off all of the window's chrome, and let the document be displayed and edited on a black background that hides everything else on the screen. Menus and tools will slide in if the cursor was moved to the edges of the screen, every two years before full-screen apps would turn it into Mac OS X Lion.

On the productivity front, Pages could now be used as an outliner, and supported letter mergers with tables created in Numbers. MathType and EndNote support were also added, as there were a number of new layout templates.

The numbers & # 39; packed perhaps the biggest changes. This was the second version of the application, and Apple added a wide range of features, including better desk reservations and a brand new formula editor, complete with over 200 features.

iWork & # 39; 09 has also made these programs better together. Number Charts inserted in Pages or Keynote are now linked and can be updated without having to jump between applications.

iLife was free on new Mac, and iWork cost $ 49 if it was purchased with a Mac. Standalone, each package was $ 79, and Leopard ran $ 129. The Mac Box set was a big deal, especially considering Leopard cost $ 129 on its own.

Schiller moved on hardware and showed off the unibody 17-inch MacBook Pro. These great notebooks were in Apple's layout for a while, and this marked the last major revision of the family.

For 2009, the 17-inch MacBook Pro, along with its smaller siblings, used the unibody design, making it thinner and stiffer than before, now at 6.6 pounds.

The new animal had a surprise: a sealed battery. While this was the premiere of the MacBook Air, it was the first time a professional Mac notebook had an integrated battery. Users of these machines were accustomed to turning their laptops over and swapping into a freshly charged battery, but Apple said the new features that the battery brought, made the exchange worthwhile.

With the lock and door removed, the battery may be larger than before and lasts up to 8 hours. The real trick, however, was to make a battery that could handle 1000 charges. This meant that a battery would last three times longer than a normal battery, making the machine more environmentally friendly.

At that time, some users were concerned that this should not work, but by starting with the 17-inch model, Apple can woo its most demanding customers. Before long, the 15- and 13-inch models followed, and now we do not think twice about the batteries being sealed in the notebooks.

Macworld ended up with "one last thing", which was a set of updates to iTunes.

First, Schiller announced an update to song prices. Songs would now be available at $ 0.69, the classic $ 0.99 and a new $ 1.29. He assured the public that more songs were going down in price than increasing.

Second, he recalled iTunes Plus, the DRM-free program the company ran in the iTunes Store. Users can "upgrade" their existing songs to dike DRM and get 256 kbps AAC encoded tracks. Schiller then announced that all 10 million tracks in the store would be DRM-free by the end of Q1 2009.

Finally, the iPhone version of the iTunes Store got the ability to download music over the 3G network while before that was limited only to Wi-Fi.

Apple left Macworld Expo was the beginning of the end. The show fought a couple of years after this, and 2014 will be the last year at the fair.

In addition to everything I've already written about, Schiller also announced iWork.com, Apple's first attempt at an online document suite. Beta web application allowed users to comment and make notes on a document, right in the browser. The sharing user can interact with these comments and notes in the desktop applications, but this was not the collaboration we are used to today with something like Google Docs. iWork.com received an update in 2011, but was shuttered after iCloud was launched.

There is something else interesting about Macworld 2009 keynote, however. Although not unique to this incident, I was determined that the company addressed software, hardware and services in just 90 minutes.

In 2009, people thought Apple was a hardware and software company, as "Services" was not yet a category to itself. Today, it is difficult to draw the lines between Apple's software and services, and part of it started on Apple's latest Macworld keynote.