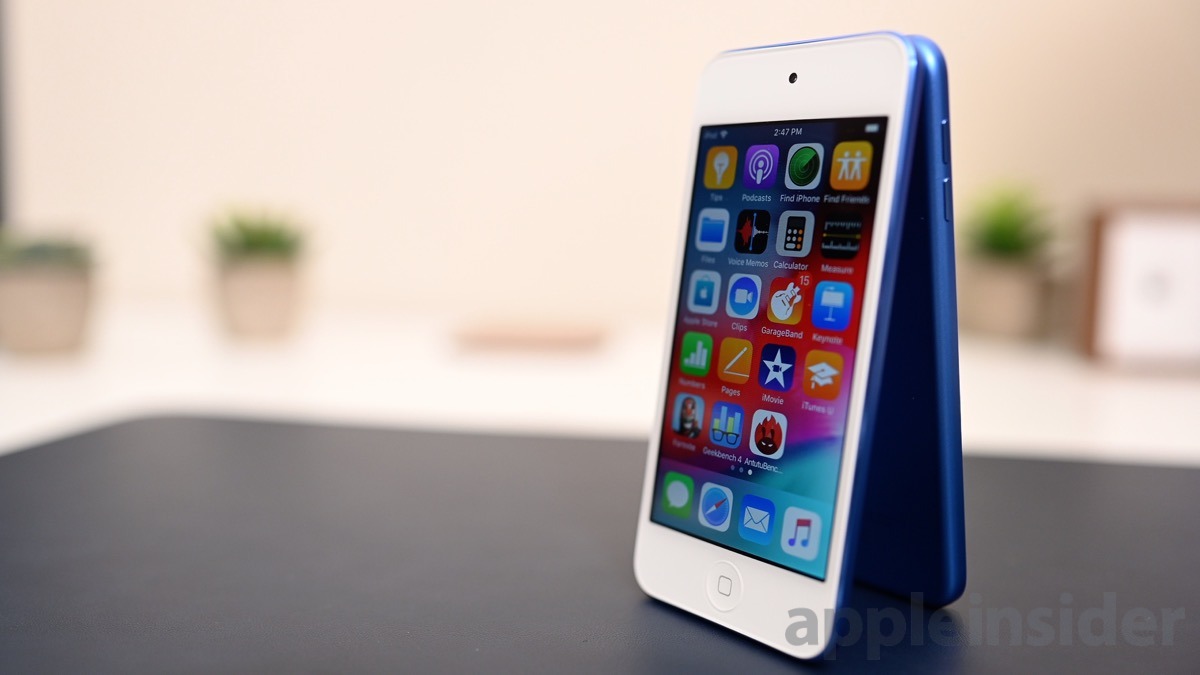 On the surface, it looks like the iPod touch has only a slight spec bump over the sixth-generation iPod from four years ago. ” height=”371″ class=”lazy” data-original=”https://photos5.appleinsider.com/gallery/31308-52187-iPods-4-l.jpg” />

Even under the closest examination, we do not see any modifications Apple has done on the outside, minus regulatory markings on the back panel. Apple has worked with the requisite regulatory agencies in the markets removed from previous devices and instead displays them digitally within the Settings app. Otherwise, these two devices look the same — down to the color of blue.

First, we ran Geekbench 4 which gave us scores of 1237 and 2331 on the sixth-generation and 2714 and 4706 on the seventh-generation on the single and multi-core tests respectively. This is a good gain for a processor that is two years newer, though it does seem to be underclocked, versus the same A10 in the iPhone 7.

While we were at it, we also ran the Antutu benchmark. The previous generation pulled into 71685 combined score, which is below the 158191 that was garnered on the latest model.

Then we came to real-world tests. To do so, we opened a series of apps to see how quickly they could launch them. All started from a clean slate with all apps closed and immediately following a reboot while plugged in. As you can see in the video the iPod touch quickly ran away with the lead, launching apps faster than that of its predecessor. This is very impactful for users who use their iPods

A11 or A12 processor in the iPod touch, in real-world use we are seeing great performance gains that make it a far superior device.