Breaking News
Home / Apple / The deadline for the European Commission to appeal the case of 13.1 billion euros against Apple for illegal state aid from Ireland is Friday 25. September. 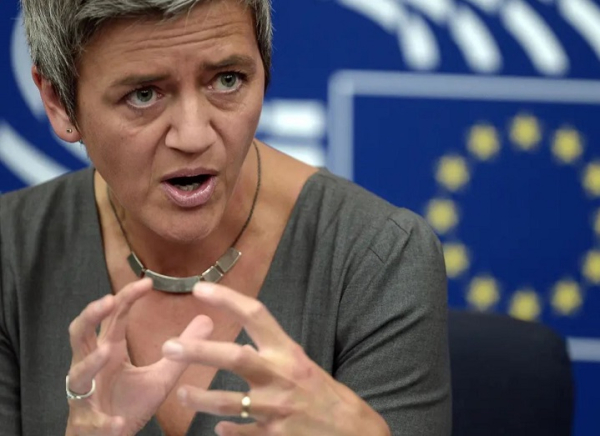 In mid-July, the Patent issued a report to Apple entitled “Apple has won a landmark case in Europe today with the court ruling that Ireland did not give Apple any tax advantage.” The European Court of Justice ruled that the European Commission did not prove that the Irish government had given the American technology giant a tax advantage. The head of the European Commission’s case against Apple, Margrethe Vestager, stated after the verdict that “We will carefully study the verdict and reflect on possible next steps.” The deadline for the EU Commission to appeal the decision is next Friday 25. September.

On Friday the 18th, a press release was published entitled “The Commission sets up a new ambitious mission to lead on supercomputers.”

; During a press scrum after the press was informed about Europe’s supercomputer targets, competition commissioner Margrethe Vestager signaled that Brussels would wait until the very last minute next week before deciding to appeal a court decision in July that overturned her finding four years ago that Apple received € 13.1 billion illegal state aid from the republic.

Nevertheless, it is widely expected by legal observers that the Commission will not appeal the decision of the Court in Luxembourg, given how emphatically the court shot down the arguments of Mrs Vestager’s team.

If the commission does not complain by Friday 25. September, the government will go fast to start returning the money, which totaled 14.3 billion euros when interest was included and has been blocked since 2018, to Apple. The custodian funds are held mainly in the form of bonds, instead of cash.

Vestager added: “We have not made that decision yet. As the commission always does, we will wait until we are closer to the deadline for the appeal question, and then of course I will be happy to return to it.”

Will the European Commissioner really give back 14.3 billion euros (which includes interest) to Apple without a fight? While “legal observers” believe that the commission will in fact reject the appeal, we will not know until Friday whether Vestager is willing to swallow its pride.