The Long Goodbye – Single by Sarah McLachlan on Apple Music 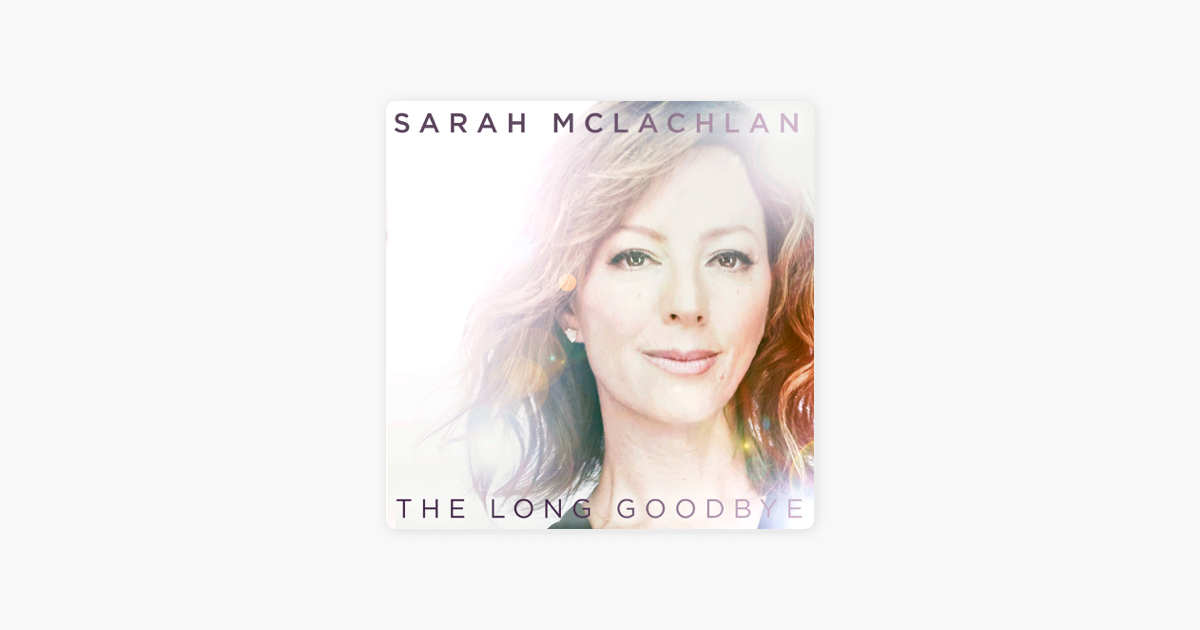 Canadian singer / songwriter Sarah McLachlan debuted in 1988 with her piano-based folk cup, who continued to make her a devoted sequel, a number of junior and grammy honors and placement in the Canadian Music Hall of Fame. She also founded Lilith Fair, a concert tour that helped other unwanted songwriters in the mainstream during the late 90's while maintaining her own presence on the charts.

968 in Halifax, Nova Scotia, where she began taking lessons for voice, classical piano and guitar as a child. After a year of art training at the Nova Scotia School of Design, McLachlan (who had also been in front of a new wave band named October Game) was approached by Netwerk Records and offered a solo deal. She originally pulled down for the benefit of further studies; However, she reassessed and accepted the offer late in 1987, moved to Vancouver shortly after. Due to its debut, 1988's Touch, the budding songwriter was signed to Arista for international distribution. The album eventually reached gold status in Canada and was reissued worldwide in 1989. In 1991, she followed up with Solace, an impressive collection that showed a huge leap in song art and began to build a strong cult sequel in the United States

in September 1992, After a 14 month campaign, McLachlan traveled to Cambodia and Thailand to work with World Vision, a Canadian sponsored documentary about poverty and child prostitution. Inspired by her experiences, she retired to a secluded house outside Montreal to write material for her next album. After six months in Montreal studio with partner / producer Pierre Marchand, she launched Fumbling Towards Ecstasy, her strongest and most personal endeavor, at the end of 1993. The album peaked in US maps at number 50; By the end of 1994, it reached platinum status after spending 62 weeks on the chart. "Besittelse", an atmospheric single-electronics mix influences the song inspired by a stalker, broke the Top 100 and received significant airplay, especially on modern rock radio, where it peaked at number 14. "Good Enough" also found a home in which format, now number 16. The Freedom Sessions, consisting mainly of alternative versions of Fumbling tracks, arrived in 1995; The same year also saw the release of "I'll Remember You", as McLachlan wrote as the theme of the McMullen brothers. Rarities, B-Sides & Other Stuff, a collection of LP tracks and remixes, was issued in Canada in 1996.

In 1997, McLachlan began working on his fourth album, the hugely successful Surfacing, debuting at number two pop album. She also arranged Lilith Fair, a package tour focusing on new women singer / songwriters. Released in 1999, multi-platinum Mirrorball crowned McLachlan performances on this trip and served as his first live release. In 2003, after a short hiatus from the business, she released the successful Afterglow, followed by another concert release, Afterglow Live. Both releases eventually went multi-platinum and McLachlan continued to tour through 2005. In June of the same year, she performed at the Philadelphia scene in Live 8, the multi-anniversary celebration of Live Aid and the G8 Summit, coordinated by Live Aid founder Bob Geldof. She released Bloom, her second remix collection, several months later. While most of the material was taken from Afterglow, it also included a version of the 1989 McLachlan track "Vox" and a previously undeveloped collaboration with DMC and Black Eyed Peas "will.i.am.

McLachlan released two albums in 2006: Mirrorball: The Complete Concert, which captured the entire last date of the 1998 tour, and Wintersong, a collection of traditional and modern Christmas covers (plus a new song, title clip). She then returned to original material for 2010's Laws of Illusion, her first studio album of almost seven years. With the "One Dream", which she wrote for the Vancouver Winter Olympics opening ceremony, the album was released several weeks before the start of Lilith Fair 2010, the first appearance of the festival for more than a decade. McLachlan spent the next couple of years focusing on her charity mission Sarah McLachlan School of Music, who gave free music lessons to risky children in Vancouver. She returned to the studio in 2013 to record a new album with long-term partner Pierre Marchand, inspired by her father's last death. Parting ways with Arista, her label at home for more than 20 years, she signed to Verve. She released Shine On, her first album for the label and another collaboration with Pierre Marchand, in May 2014. Shine On debuted at number one on the Canadian maps and ranked fourth in the United States; It would win Juno for Best Adult Contemporary Album. In October 2016, McLachlan launched Wonderland, her second Christmas album. The following year she was introduced to the Canadian Music Hall of Fame. ~ Chris Woodstra