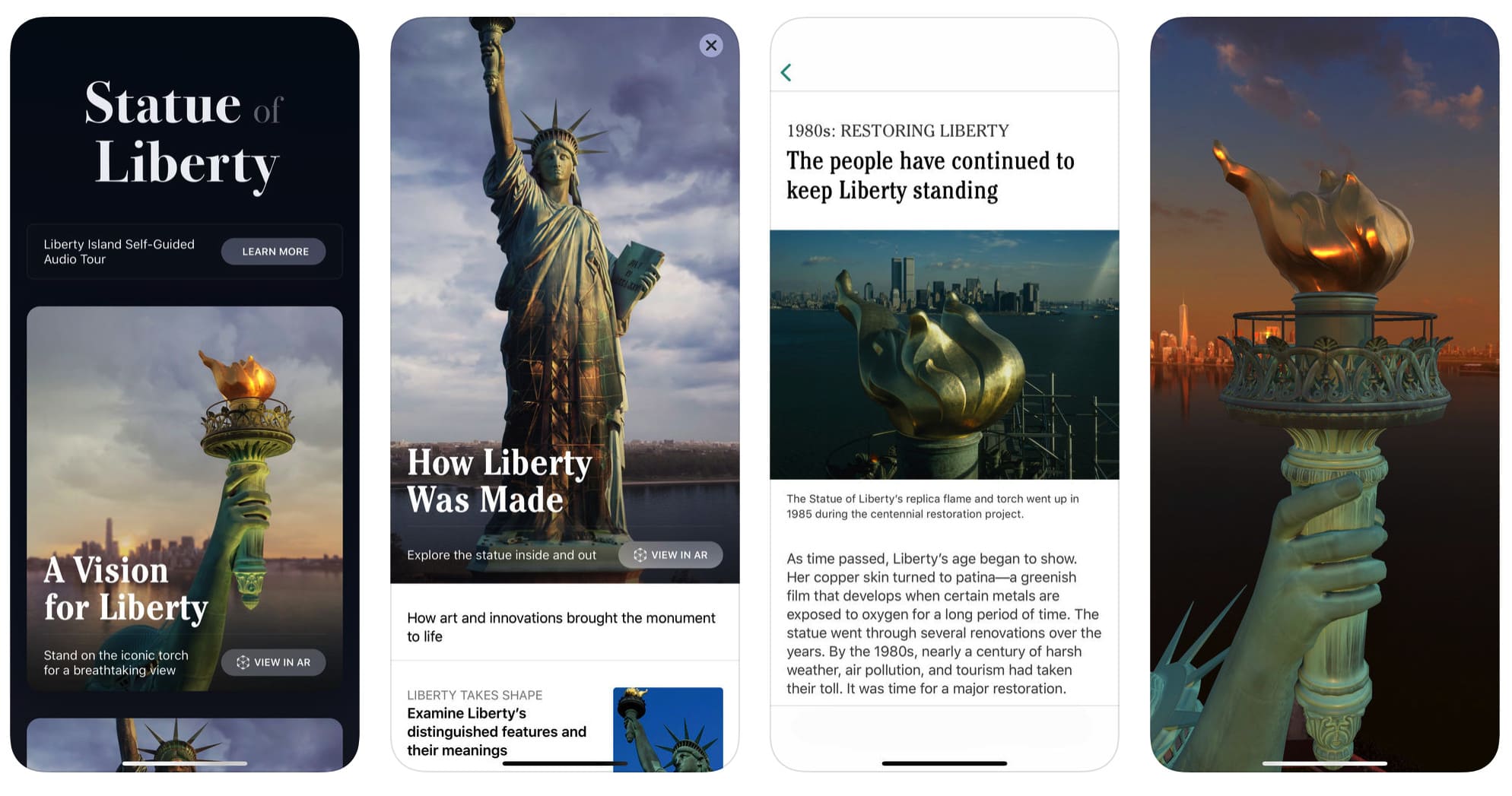 Now it has been stated that it has its AR competence for a new iOS app for the new Statue of Liberty Museum. For those who visit the iconic location, the app provides a location-based soundtrack. For the other places, it provides a way to check out an AR recreation of Lady Liberty from the comfort of their sofa.

According to designer Diane von Furstenberg, the collaboration came after a meeting with Tim Cook. This happened after von Furstenberg worked on working with an HBO documentary on the Statue of Liberty. It is not known exactly what capacity Apple was involved ̵

1; and for that matter, whether Cook (who is not a New Yorker) is involved in the upcoming documentary.

The app uses the ARKit to create a 3D representation of the statue. The Statue of Liberty has more than 16 million polygons. Users can also skip the years to see changes in oxidation on the statues' copper. "Place the model in front of you, pinch and zoom in on the scale, and admire the size," the app's description notes.

And that's not all …

In addition, there is the chance to make a historical time lapse 180 degree experience. This allows users to: "Look at Manhattan's skyline evolves over the last 200 years … from the view of Lady Liberty's Crown."

For those who visit the Statue of Liberty, the app also contains a sound tournament, told by von Furstenberg. There are sound connections to 15 interesting places around the Freedom Sea's Freedom Island, and 20 in the museum. There are also separate trips for children and adults. The app uses Apple's MapKit to enable indoor mapping, which in turn triggers the app's sound.