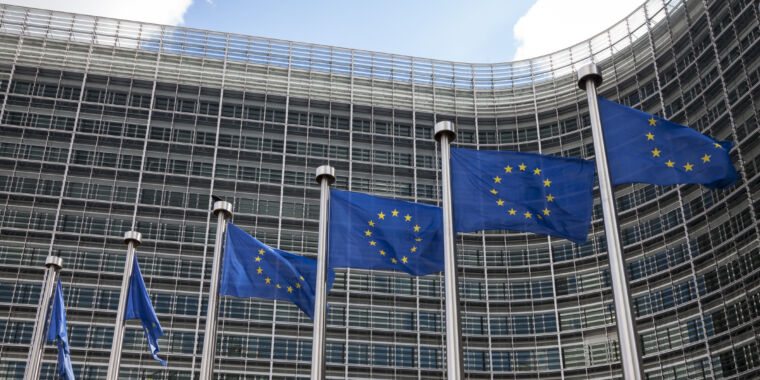 The EU wants to arm itself with new powers to take on big technology companies, including the ability to force them to break up or sell some of their European businesses if their market dominance is believed to threaten the interests of customers and smaller rivals.

EU Commissioner Thierry Breton told the Financial Times that the proposed measures, which he said would only be used in extreme circumstances, also include the possibility of excluding large technology groups from the internal market altogether.

In addition, Brussels is considering an assessment system that enables the public and stakeholders to assess the companies̵

7; behavior in areas such as tax compliance and how quickly they reduce illegal content.

“There is a feeling from end users of these platforms that they are too big to care about,” said Mr. Breton, who is leading the revision of digital rules in the block. “[Under] under certain conditions we may also have the power to impose structural separation. ”

His comments followed a public consultation on the EU’s forthcoming Digital Services Act, which will set new rules for platforms’ responsibility to deal with illegal content and misinformation online.

The DSA will update the e-commerce directive, adopted in 2000, when most of the dominant players in the sector were either in their infancy or did not yet exist.

Large technology companies are under pressure from regulators elsewhere. In the UK, a new watchdog will be able to impose fines without having to go through the courts, as is currently the case. And in the United States, technical founders, including Amazon’s Jeff Bezos and Mark Zuckerberg of Facebook, struggled to convince congressmen that they had been driven by more than self-interest when building their digital empires.

The new EU legislation will increase Brussels’ power to investigate the way in which technology companies collect information about users, following concerns from independent researchers that the voluntary disclosure groups provide, which are often misleading or partial.

Mr Breton confirmed that the EU would not remove the limited liability of companies for the content published on their platforms. “The safe haven in the discharge will remain,” he said. “It’s something that is accepted by everyone.”

However, the supervisory authorities in Brussels are preparing a blacklist of activities that technology companies will be required to eradicate. They suggest a sliding scale of penalties for non-compliance, even separation of some operations. Mr Breton said draft legislation would be ready by the end of the year.

Activities that could lead to stricter sanctions include companies that prevent users from switching platforms or force customers to use only one service, he added.

Mr Breton compared the power of the big platforms with the banks before the financial crisis, and said that regulators must take similar steps today to curb them.

“It’s like for small banks and large banks that you do not have the same rules – you have more flexibility for the smaller players and of course when you become a systemic [bank] You have one [different] set of rules, ”he said.

Mr Breton said the new system of supervision would be based on a collective effort between national authorities and the EU.

“We need better supervision for these large platforms, as we had in the banking system [after the financial crisis],” he said.

Proposals are being considered and, once agreed, will go through the European Parliament and the European Council.

An EU official warned that Brussels would need to find the right balance. “Going overboard can also backfire, and you score your own goal,” the official said. On the other hand, too low an ambition will not address the concerns [about Big Tech]. ”

© 2020 The Financial Times Ltd. All rights reserved. Not distributed, copied or modified in any way.