The Week in Tech: Facebook Romance Scams and Banking Hacks 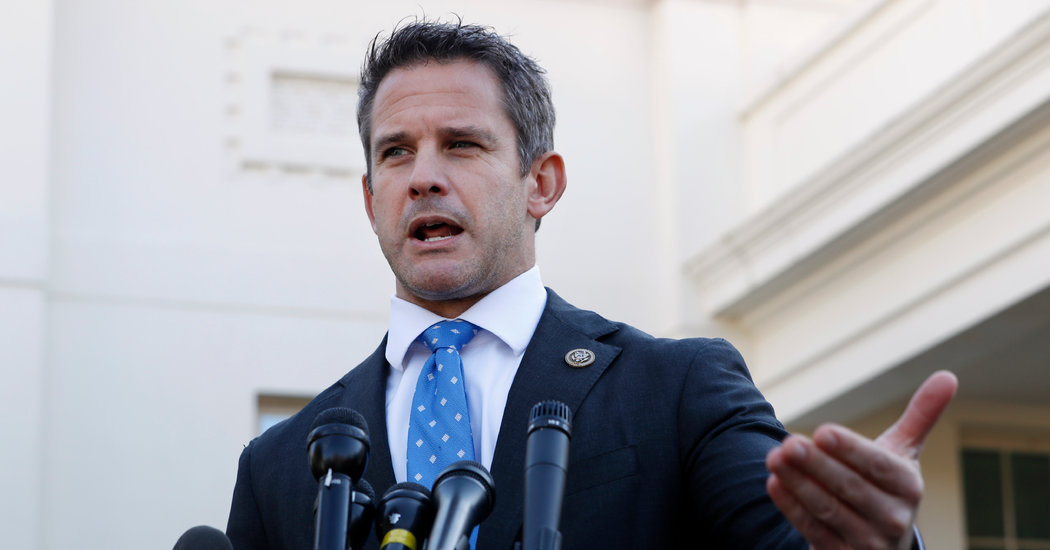 Each week we review the news of the week and offer analysis on the most important developments in the technology industry. Want this newsletter in your inbox? Register here .

Hi, we are Pui-Wing Tam and Jim Kerstetter, technical editors who fill in Jamie Condliffe while on vacation. Here's a look at this week's technical news:

Facebook has connected the world, providing many benefits for communicating and communicating information. But there is one drawback that has not received much attention until recently: the love scam that is spreading on the social network.

In these scams, some Facebook users – often young men in Nigeria – steal digital photos and identities of Americans in the Marines, Army, Navy and Air Force. Unknown as service members, scammers sweet talk vulnerable and lonely women, forming an emotional connection – and finally asking for the money.

Our colleague Jack Nicas followed a military love hook. He found Renee Holland, who had an online friendship with a person she thought was an American soldier named Michael Chris. She sent Mr. Chris $ 26,000 to $ 30,000, much of the life savings she and her husband had spent.

But Mr. Chris was not a real person. The picture that Holland saw of Sgt. Daniel Anonsen from the Marine Corps – and he fought with dozens of Facebook and Instagram accounts by the impostor, and had no idea who Holland was.

In December, Holland's husband, Mark Holland, killed her and her father before turning the gun on himself. Mr. Holland left no indication of a motive.

The New York Times published its story last weekend and aired it in an episode of our TV show, "The Weekly."

"In some of her recent conversations with me, Miss Holland expressed how thrilled she was that we covered her story," Jack said about the tragedy. "She said she wanted to raise awareness of the problem and prevent future scams. "

History caught the attention of Representative Adam Kinzinger, a Republican from Illinois. Kinzinger, a lieutenant colonel in the Air National Guard, is one of the many US service members who have been drawn into these scams.

For years, Kinzinger said, confessors posed as him or used his image to trick people out of money. As much as he has complained, the problem has persisted.

On Wednesday, he sent a letter to Mark Zuckerberg, Facebook's CEO, asked for more information on what the company is doing to prevent such scams on the sites.

"There must be responsibility for this problem that can honestly destroy lives," he wrote to Mr. Zuckerberg: "Facebook has an incredibly important role to play in getting this situation under control."

Mr. Kinzinger said he was also in the early stages of drafting legislation to solve the problem.

The Inevitability of Bank Hacking

For financial institutions, it has become a way of life: to avert endless hacking attempts. A few hundred thousand a day. But sometimes they get through, and the excuses begin.

On Monday, federal authorities said a Seattle woman who used to be an engineer at Amazon had hacked into Capital One's computer systems and obtained the personal information of tens of millions of customers.

It looks like the bank made a pretty simple mistake that allowed the hacker to break in: a "misconfiguration" in a firewall. A firewall, one of the oldest digital security tools, acts as a gateway to a network, keeps the most traffic out and a few things in. It is usually up to network administrators to decide what to allow, and the authorities said the hacker could benefit by a mistake the administrators had made.

It was no doubt embarrassing for the bank. But successful hacking attempts are shockingly common. Already this year, there have been 3,494 successful cyberattacks against financial institutions, according to reports submitted to the Treasury Department's Financial Crimes Enforcement Network, our colleagues Stacy Cowley and Nicole Perlroth reported.

Another big number to keep in mind: Mastercard, for example, fights around 460,000 burglary attempts on a typical day, up 70 percent from a year ago.

Some stories you shouldn't miss

■ iPhone sales seem to be slowing down. On Tuesday, Apple said net revenue had fallen 13 percent and revenue had risen 1 percent over the past quarter, while iPhone sales continued to decline. But there were gains in the company's services and wearables business.

■ Imagine a bike built for nobody. A team of scientists in China are considering autonomous transportation with a fulfilled bike that can navigate on its own. The demonstration is really a way to show how a new computer chip tailored for artificial intelligence can work.

■ EBay accused three Amazon executives of illegally conspiring to tap their sellers in a federal lawsuit filed Wednesday. EBay first raised concerns that Amazon was approaching sellers last fall in another lawsuit that has since gone to arbitration.

■ Children as young as 11 years have been added to a facial recognition database maintained by the New York Police Department. Elected officials and civil rights groups say the police have done this with little public scrutiny, and they worry about the frequency of false positives in young faces.

■ Uber is laying off about 400 people or a third of its marketing department, while trying to reduce costs. Many observers were stunned that the companies that ran the rides actually had 1,200 people on the marketing team.

Jamie Condliffe will be back to write the newsletter next Friday.