This year's iPhone will be the latest with Lightning 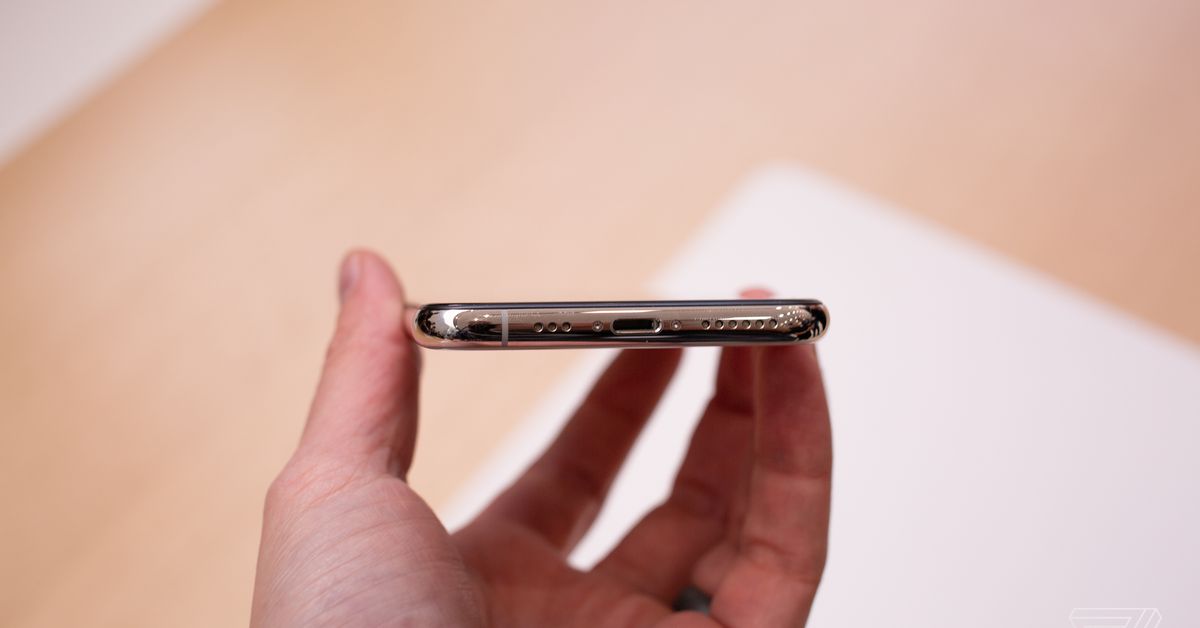 As usual, rumors around the next iPhone begin to coincide with a consistent set of expectations. The latest information comes from the very reliable Guilherme Rambo from 9to5Mac which suggests that this year's iPhone 11 comes in two sizes (plus a successor to the iPhone XR), has OLED displays on the top-level devices, keep the same The resolution across the board, add a wide-angle camera, enhance the selfie camera, have some fancy haptics, and finally: charge via the Lightning connector.

It's the last part that has annoyed people in my social media feed – though it may be because I'm somehow embedded in some kind of USB-C enthusiast bubble (Twitter is strange). Still, the mood seems to be disappointing to stick to the Lightning port on the iPhone 1

Like someone who has long grasped that the iPhone is almost the only device in my life like not charger via USB C, you will probably expect that I would also think Apple should switch away from lightning this year. I don't.

Provided the rumors are correct, Apple does the right move by keeping the Lightning connector this year. Any kind of port change is traumatic and annoying, so I can't blame Apple for wanting to avoid it if at all possible. But that's not why I think it's the right conversation.

Keeping Lightning this year is the right move, though it still booms me

I think it's easier to get people to accept port changes when they go along with another kind of dramatic change to a product line. And not to put too good a point: If the rumors are right, this year's iPhone 11 doesn't look like a very dramatic change.

I believe that major changes in the product lines can create a context change in the minds of consumers. If a company can convince consumers that the gadget with the different plug on it is different it makes more sense to use a different port. USB on the original iMac is probably the canonical example of using a new device to explain the necessity of new ports, but I could also point to USB-C on both MacBook 2015 and iPad Pro 2018.

I would always the iPhone X should start the USB-C change. It was a radically new design for Apple, one that claimed to be the start of a whole new era of iPhones. It would be the perfect moment for the company to say "this is the future, and in the future, all the same cable will use until we can get rid of them completely." And if consumers were not ready to embrace the future, traditional iPhones were still available and still very good.

However, Apple decided to stick to Lightning, and for me it was a missed opportunity. And it's no surprise that it came with them for the iPhone XS the following year.

Apple has been much more careful about the main port of the iPhone than it has been on Mac. This is the part where you joke jokes about "the courage" by removing the headphone jack, but it makes me wonder: If Apple was willing to support that kind of change on users, why doesn't it discourage to change the charging port ?

There are many reasons, actually. Some of them are already clearly illuminated by John Gruber back in November 2018. But basically: The lightning switch is in some ways superior to USB-C. It's smaller and more closely controlled by Apple. The other part ensures quality control if you trust Apple and inspire theories that Apple makes money through the MFI program if you don't. Whatever the reason, it is absolutely reasonable to keep the Lightning port on the iPhone.

… Until that is not and I think by 2020 it won't be affordable. Then a critical mass of Apple users will have at least one device (probably their laptop or iPad Pro) that charges via USB-C.

I do not predict that more people want Apple to switch, but that the benefits of switching to USB-C will ultimately outweigh the benefits of staying with Lightning. At some point, the lightning cable will be the thing that feels like an external dongle, a more incompatible thing to do around.

The biggest advantage of switching to USB-C is obviously having the same charger to handle the laptop, tablet, and phone. It's just so much more convenient. In fact, if companies offered me the chance to buy their devices without an AC adapter for a small discount, I would take them up with it in the heart. It would be better for the environment as well.

And in that world, Apple could get away with the shipping of the anemic power adapter as it continues to pack with the iPhone – because many of the users already want a fast charger, probably the one that came with the laptop.

Will it be painful, annoying and cause backlash against Apple? Yes, yes, and yes. The change from 30-pin to Lightning was much more dramatic than any port change on an Android phone ever was. There are so many options in Android that changes like these tend to get lost in the mix anyway. But when Apple makes a change on the iPhone, hell tends to loose.

Lightning is becoming increasingly difficult in 2019. By 2020, it will be an embarrassment

If you are going to let all hell loose, it would have been worth it. You need a great new story to justify the prey. That's why I think this year's iPhone 11 is not the right phone to do it.

But next year's iPhone 12 (or what it will be called)? Change, it will be time. The rumors of the 2020 iPhone have already begun, and they include a full-screen fingerprint sensor and the death of the notch. It sounds like a big, exciting new design. It may even be the kind of people that will stand up for and accept a change of port.

Meanwhile, I don't want anything with the 2019's iPhone 11 using Lightning. It is a very good contact, just one that should not welcome their longer.

Update July 24, 9:15 ET: The original version of this article suggested that rumors suggested that the successor to the iPhone XR would have an OLED display; LCD screen is still expected to be used.