Trump's tariffs could make your next iPhone way more expensive 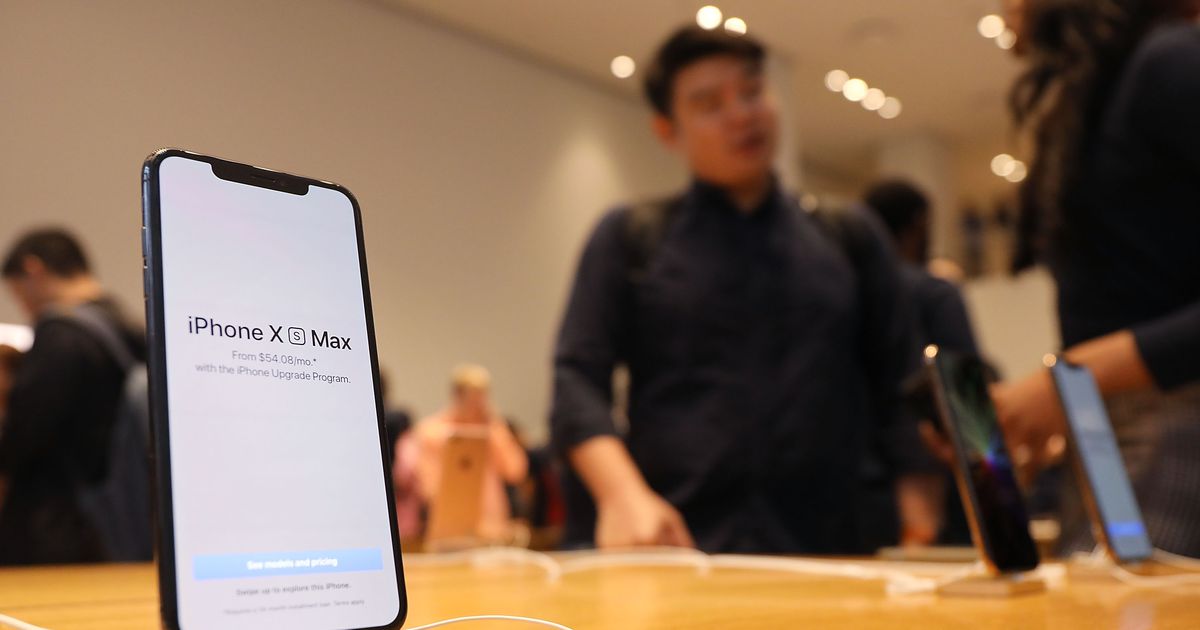 Apple's $ 1,000 iPhones were expensive enough. Now they could get even pricier.

With President Donald Trump threatening to impose more on Chinese products, Wall Street analysts think Apple might have to bump up prices to compensate. If the tariffs became a reality, J.P. Morgan estimated iPhone prices could increase by 14 percent, according to CNBC.

While there are numerous factors to prevent this from happening, it would have a higher premium on already premium line of phones. The cheapest of last year's iPhones, the $ 750 iPhone XR, would cost an extra $ 100. Meanwhile, Apple's most expensive iPhone (the 512GB iPhone XS Max) would cost $ 200 more – bringing its price tag up to $ 1,650.

That's imperfect math, and at the end of the day, it might not matter. Apple probably knows that price would not go too well with consumers and would probably rather absorb the cost, J.P. Morgan predicted. Luckily, Apple has more than $ 200 billion on hand and could probably afford it.

Trump hasn't even committed to imposing the tariffs yet. On Monday, he tweeted that consumers in the United States should simply buy products made in other countries if it happens. That's easier said than done, however, as companies like Apple are unlikely to shift production to the US

… completely avoided if you buy from a non-Tariffed Country, or you buy the product inside the USA (the best idea ). That's Zero Tariffs. Many Tariffed companies will be leaving China for Vietnam and other such countries in Asia. That's why China wants to make a deal so badly! …

tariffs on Chinese goods. The president reportedly told Apple CEO Tim Cook last year that iPhones would be safe from the trade, but Apple remained open to the tariffs of other products, like Apple Watches and AirPods.

However, the Trade Department exempted those products from the tariffs. Despite his administration's leniency towards Apple, Trump wants Apple to start making its products in the U.S.

At this point, it seems like there is reason to start panicking about rising iPhone prices still, beyond the price increases Apple already does on its own. A politically motivated price bump would not be kind to already-suffering iPhone sales.