Walmart partnered with Microsoft to buy TikTok’s US business 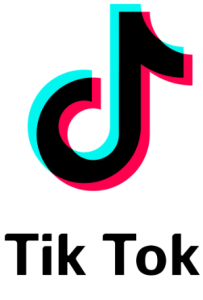 Walmart has confirmed that they are collaborating with Microsoft in a bid for ByteDance’s TikTok service.

On August 14, US President Donald Trump ordered China-based ByteDance to divest the US operation of its video sharing app TikTok within 90 days, the latest effort to increase pressure on the company due to US national security concerns. “There is credible evidence that leads me to believe that ByteDance … can take action that threatens to weaken US national security,” Trump said in the order.

As a result, TikTok is approaching an agreement to sell its US, Canadian, Australian and New Zealand businesses in a deal that is likely to be between $ 20 and $ 30 billion.

Walmart said it is partnering with Microsoft in a bid for TikTok. The store giant confirmed to CNBC that it is interested in buying the popular short-form video application.

TikTok’s Beijing-based parent company, ByteDance, is approaching an agreement to sell its US, Canadian, Australian and New Zealand businesses in a deal that is likely to range from $ 20 billion to $ 30 billion, sources said. It has not yet chosen a buyer, but can announce the agreement in the coming days, the sources say.

With Walmart’s confirmation, it joins several others bidding on the technology company, including Oracle.

Walmart is pursuing the acquisition at a time when they are trying to better compete with Amazon. It plans to launch a membership program, called Walmart +, soon. The subscription-based service is the retailer’s answer to Amazon Prime, which includes original TV series and movies.

In a statement, the department store retailer said that TikTok’s integration of e-commerce and advertising “is a clear advantage for creators and users in these markets.” It did not say how it would use TikTok or whether it would be part of Walmart +.

Walmart can not even figure out how to offer Apple Pay. How should they handle TikTok? Oh, yes, Microsoft plans to help them. 🤣🤣🤣 #Microsoft #Walmart #TikTok # Myspace2020

Apple emphasizes that the Apple Watch Solo Loop band can increase in length over time, updates the size guide