قالب وردپرس درنا توس
Breaking News
Home / Apple / Without a fair tax on technology, it may be the end of the state as we know it John Harris | Opinion

Without a fair tax on technology, it may be the end of the state as we know it John Harris | Opinion 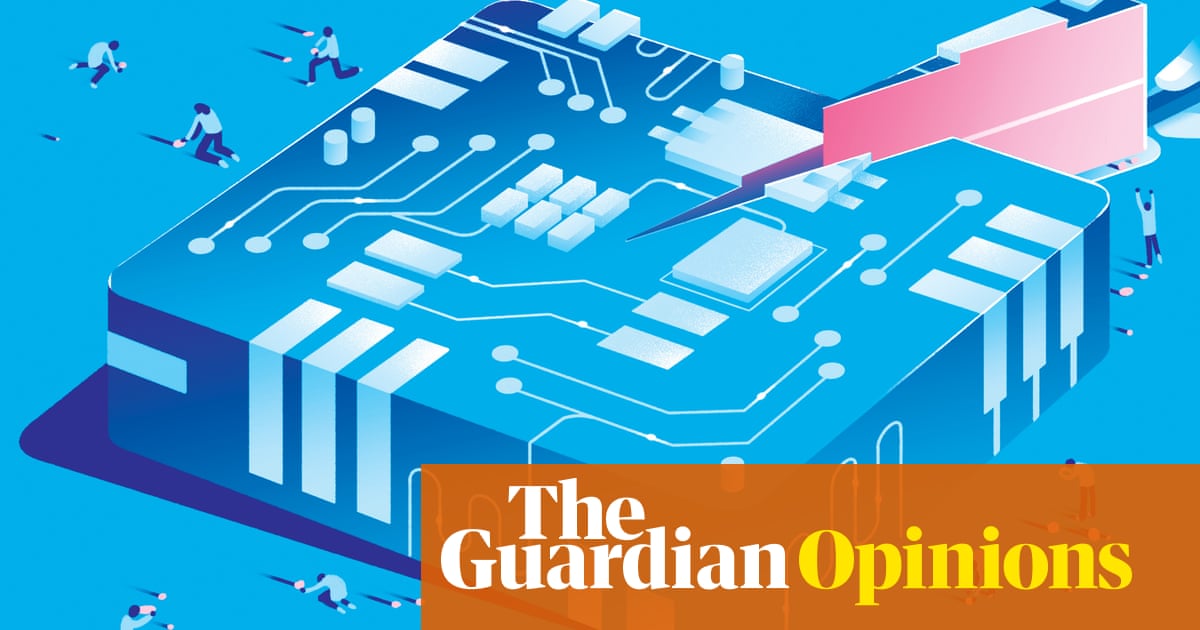 A long-term results from last week's US midway came past San Francisco's Proposition C, a target that will tax companies with an annual turnover of more than $ 50m (£ 44m) to increase an estimated $ 300m extra a year to help homeless people. Last Tuesday, 60% of the voters supported. Even though the proposal has now turned into a constitutional dispute, approval is a big moment for a city whose housing crisis has become urgent.

Given the huge concentration of technology giants in San Francisco, the debate quickly became a drama of major technology and its social responsibility. The most professional support to the plan included Marc Benioff, founder and CEO of the software company Salesforce, the largest employer in the city, donating $ 8 million to get it on the law. He and his fellow champions were opposed to a number of upgrades from such companies as Twitter, the ongoing giant lift, and the online payment service Stripe: wealthy people obviously make their way to resist a modest boost to help most vulnerable, in a place where homelessness in at least in part, traceable to the enormous increases in property values ​​caused by the large-scale local dominance.

1; last week concluded with comparable tax plans in Palo Alto and Mountain View – add noise to two coherent questions. The first is obvious: what do we do with those companies that carry great social and economic change, but have so far proved unwilling to pay something that approaches their fair share of tax? From it follows the second, even coarser violence situation: if things remain as they are, what about anything that depends on public funding?

There is obviously a reluctance to be taxed, hardly unique to technology companies. But in ways like digital communication and trade, there is an abundance of opportunities for light-footed businesses. When using Facebook or Google through servers that can be located in any number of places, where should the economic activity be taxed? In the absence of any clear answer, the technical giants have spun large web pages of obfuscation: subsidiaries that interactively deal with each other, hefty "administrative costs", tax rebates from employee stock schemes and holding companies based in low-tax jurisdictions like Luxembourg, Jersey and Cayman Islands. A patina of liberal piety – Google's unofficial motto "Do not be sorry" and all that – plays its part in concealing what has happened. Also the endless competition between countries and cities is desperate to attract tech companies, which was recently gleamed by the unfair act of American cities offering Amazon generous tax incentives as they competed to become home to the company's other HQ.

Each week brings another proposal to begin to address all this, and a feeling that most of what has been suggested so far is concise. Philip Hammond's budget contained the very modest proposal to take 2% of British revenues from technology companies with more than £ 500m of global income – as estimated, can bring as little as £ 30m per company. Spain is in the process of introducing something that is comparable, and apparently a little more ambitious. In Brussels, the EU is currently occupied in an ongoing mess of a similar proposal, driven by the French president Emmanuel Macron, but opposite of such countries as Denmark, Sweden and Ireland.

According to analysis from the Standard and Poors financing company, between 2007 and 2015, the average effective tax rate paid in the United States by the country's 500 most valuable companies was set at 27%. Unlike Apple in the same period paying 17% of its US profits in taxes, Alphabet (Google's parents) paid 16%, Amazon paid 13%, and Facebook paid only 3.8%. In 2017, Amazon's US profits were more than $ 5.6 billion, but it paid almost no federal income tax, partly thanks to "surplus-based compensation".

Outside the United States, the difference between acquisition and tax is even stronger. In 2016, Apple paid 2 billion dollars of tax of 41 billion dollars of profits generated elsewhere, an effective rate of 4.8%. This year, a report from the new tanker Taxwatch was dug into the complicated mess that surrounds the British tax conditions of some of the largest technology companies. Facebook, Google, Apple, Microsoft and Cisco said it generated British profits in 2017-18 over $ 6.6 billion, but paid a combined tax bill of £ 191m – unlike the $ 1 billion taxwatch, they said they should have contributed. During the same period, Airbnb paid only £ 600,000 in company tax, and questions have been asked (but not yet answered) if Uber has to pay VAT on its booking fee and pay it to HMRC. Meanwhile, the Amazon affiliate, which operates its UK fulfillment centers, paid £ 1.7m in taxes, despite a reported profit of £ 72m. The companies insist that they comply with tax legislation and pay the amounts to be paid from them.

Evolution is evident: while major technology is transforming societies and economies at a glance – think about what Amazon is doing on our high streets, or look forward to the big disturbance that can be sown by the driver without transportation – it's badly economically inadequate help the governments whose job it is to handle the precipitation. The problem is composed of the fact that technology companies, almost by definition, do not spread their wealth by means of employment – and as a consequence income tax – to the extent that traditional businesses once did.

The beginning of an answer may lie in which economists call a uniform tax. In this model, companies will be obliged to provide tax authorities in any country where they operate both a set of accounts for their global activities and information about their physical assets, workforce, sales and profits for the territory in question. Tax will then be determined using a formula based on these factors. Some state taxes in the United States work on a comparable basis, and the European Commission has supported the concept.

What's in the way is obvious: A unified technical tax must draw a reasonable target for international consensus, otherwise tech companies can move their business to countries that spurned it. Surely, at a time when globalism is being trumped with a capital T (US President, let's not forget, have already cut corporate tax from 35% to 21% and want to hack it to 15%), the idea would need a massive popular push to stand yet another chance of success.

In the context of Britain, it inevitably brings us to Brexit's policy and how well the low-tax light-sensitive low-tax dystopy promised by its proponents would properly fit the kind of multinational giants who are already lobbying governments to leave things as they are. Here is tomorrow's policy, and the reason why relatively parocal arguments about how much income tax to charge "the rich" a little misses the point. Do not make a mistake: very soon, regardless of whether the technology of tax technology is closed, it may be good to notice the difference between a viable future and a very modern nightmare.

• John Harris is a co-collector